Jefferson Prairie Lutheran and the Churches of Our Hearts 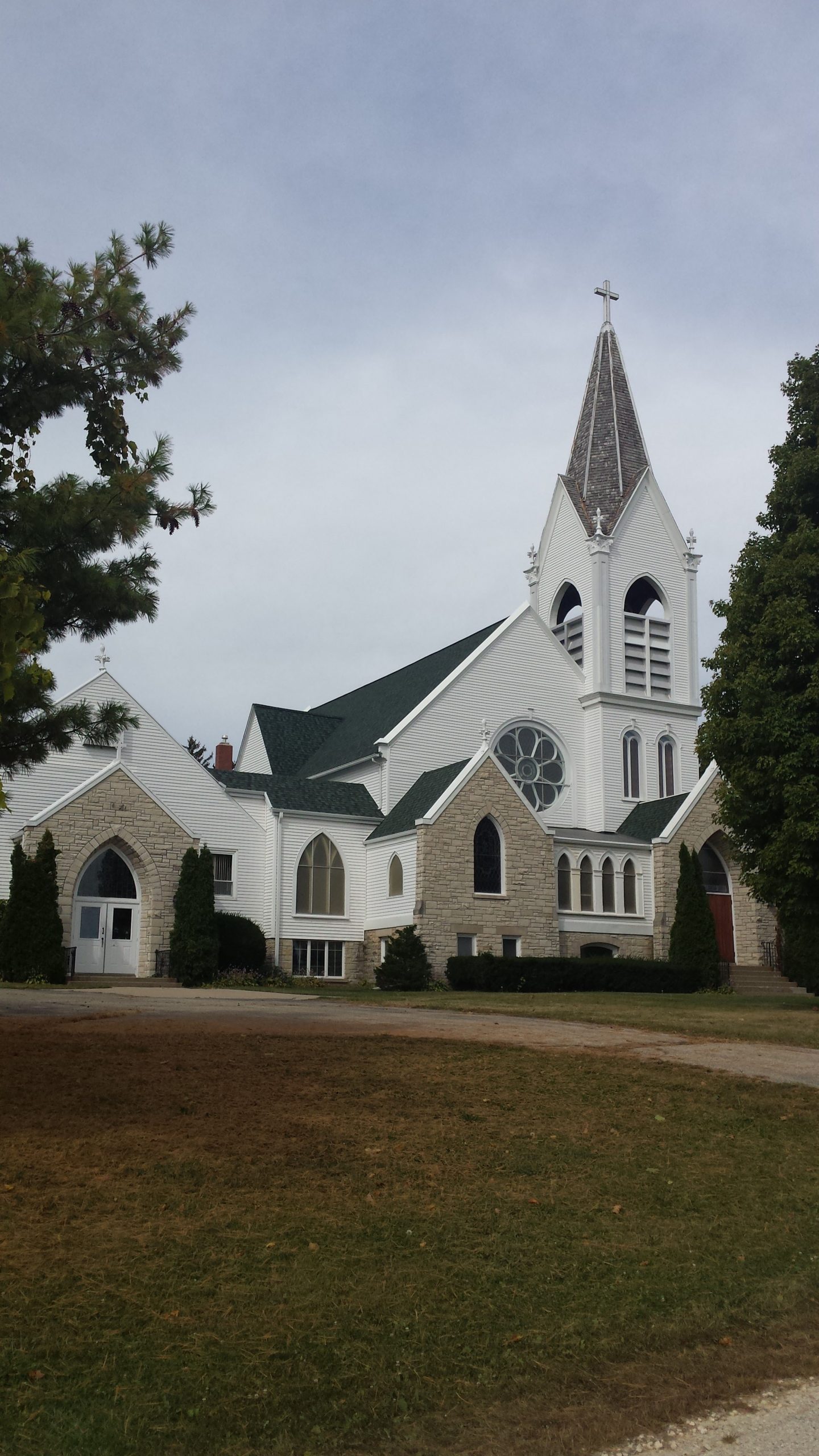 We all have a sacred place that warms our heart and fills our memory with the spirits of those who have gone before.  It may not be the most architecturally significant place.  The community that once supported it may have dwindled or changed.  But the meaning of these places transcends art and architecture. For me, that place is Jefferson Prairie Lutheran Church, a historic Norwegian heritage congregation that straddles the Illinois-Wisconsin state line just south of the ghost town of Bergen, Wisconsin.

I remember the day I walked into the sanctuary with my dad and picked up a hymnal from the pew rack in front of me. I rarely look at the dedications inside hymnbooks, but there it was— “given in memory of Inga Sommers,” my grandmother.  I had chills, and suddenly the warmth of her presence washed over me. My grandmother had been gone for nearly 30 years, but she was still honored and remembered by this congregation.

I have never been a member of Jefferson Prairie; I grew up in Michigan a day’s drive from the 40-acre farm where my Norwegian immigrant grandparents raised five kids during the Depression. I have probably attended less than a dozen services there.  But that day, with the hymnal cradled in my hands, I was overcome by the family history imbued in this space: baptisms, confirmations, weddings, and funerals; dinners and ladies aid meetings where my grandmother cooked and sewed with other farm women.  And the cemetery, nestled on the prairie, where many of my family members rest.

For my family, “JP” is special: a lovely country church with a bell tower soaring toward the sky. It is a place where—for many years—the name “Sommers” has meant something. But only after I became project manager of the Preserve Nordic Heritage Churches Project did I realize its similarities to countless Nordic heritage churches that we identified during this project.

The Upper Midwest is full of clapboard, white-painted, Gothic Revival buildings like JP. The altar features a “Thorvaldsen Christ” statue, modeled after the famous original by the Danish sculptor, Bertel Thorvaldsen. Many Norwegian and Danish heritage churches have similar statues purchased from catalog companies. As with JP, other congregations have lovingly cared for their sanctuaries. My grandparents would find JP’s relatively unchanged, although a later addition now prevents sunlight from pouring through the stained glass framing the Christ statue.

JP also shares with other churches identified in our survey the use of rosemaling (rose painting—a Norwegian folk art revived in the US). Rosemaling and a Norwegian table prayer frame the serving window in the basement kitchen. (For more on rosemaling, see the “Painting and Painters” tab under “Folk and Decorative Arts” in this website.)

The Nordic Churches Project also paid special attention to fundraising dinners and other events that sustain ethnic food traditions throughout the Upper Midwest.  For JP, it is a Scandinavian Smorgasbord, like the one hosted for the church’s 175th anniversary in May 2019, with fish balls, lefse, and baked goods like krumkake. (For more on food events in Nordic American churches, see the “Food, Festival, Recipes” tab on this website.)

Although Jefferson Prairie’s Gothic Revival architecture is a dime a dozen among Nordic American churches, its history tells an important story.

Norwegian settlement on Jefferson Prairie dates to 1838, when Ole Knutson Nattestad became the first Norwegian settler in Wisconsin. His brother Ansten, who had returned to Norway to bring emigrants to the new territory, arrived in 1839 with more than one hundred settlers. “Some joined Ole Nattestad on Jefferson Prairie: others went west to Rock Prairie (Luther Valley). Although the groups organized different church congregations and were separated by settlers of different nationality, they are usually regarded jointly as the first Norwegian settlement in Wisconsin, and the fourth in America” (text of Wisconsin Historical Marker, Jefferson Prairie Settlement).

The Jefferson Prairie congregation dates to 1844. When the present building was dedicated in 1903, it represented the union of three different congregations that had divided over theology, slavery, and free masonry (controversies that likewise split many other Nordic American Lutheran congregations).  One of the antecedent churches was the site of the founding of the Augustana Synod of the Lutheran Church, an important national body of Nordic American Lutheranism (1860-1962).

The current Jefferson Prairie Lutheran Church is the third for this congregation, and the only one located just over the state line in Illinois. The Nordic Project’s funder limited our database to just six states (North and South Dakota, Iowa, Minnesota, Wisconsin, and only the Upper Peninsula of Michigan).  Not Illinois.  So you won’t find Jefferson Prairie in our database, along with many other historic Nordic American churches outside our geographic scope.  But like Jefferson Prairie, all these churches have a story.  All of them are places of memory. It is up to us to make sure that the sacred places of our hearts, wherever they may be, are remembered, preserved, and cherished.